The biannual Bridal Fashion Week is always an exciting time in New York when major bridal designers reveal their new collections, editors fly in from other countries to see whatâ€™s new and hot, and vendors gather from all over the country to shop for new collections and meet other industry folks. 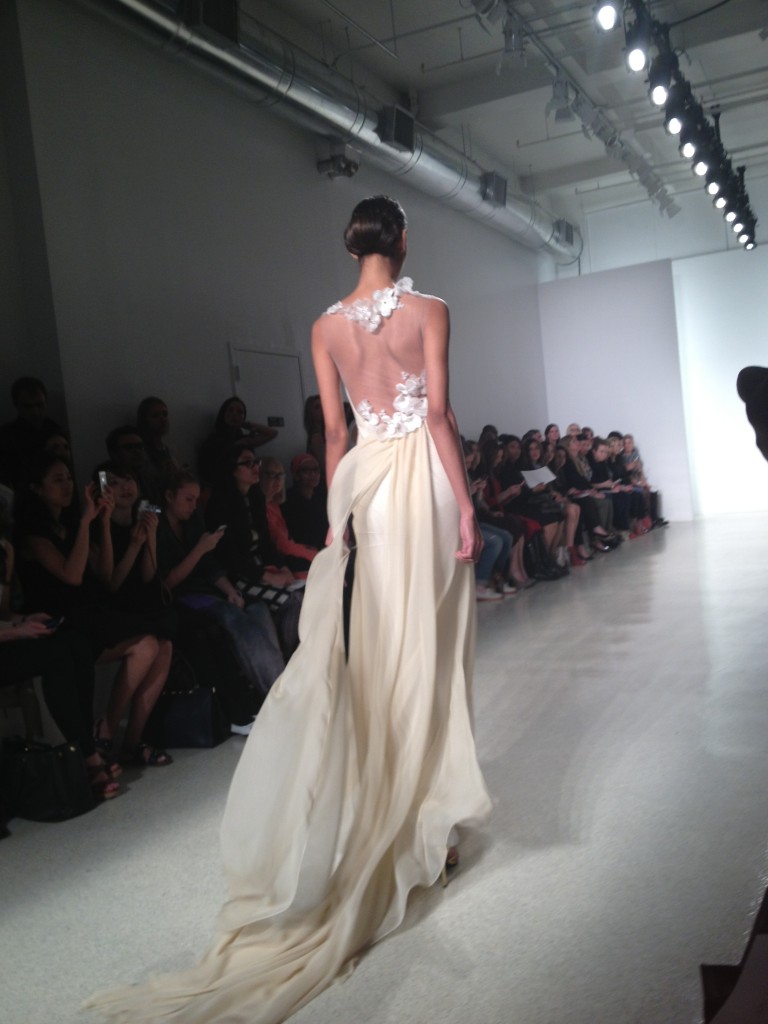 For April 2014 Bridal Market, we were invited to attend the Spring 2015 Bridal Shows byÂ AmsaleÂ andÂ Kenneth Pool, both designed by the talented Amsale Aberra.Â Held at the newly renovatedÂ EZ StudiosÂ in Midtown, the shows drew a full house, including editors from as far away as Russia, Korea, and Singapore. 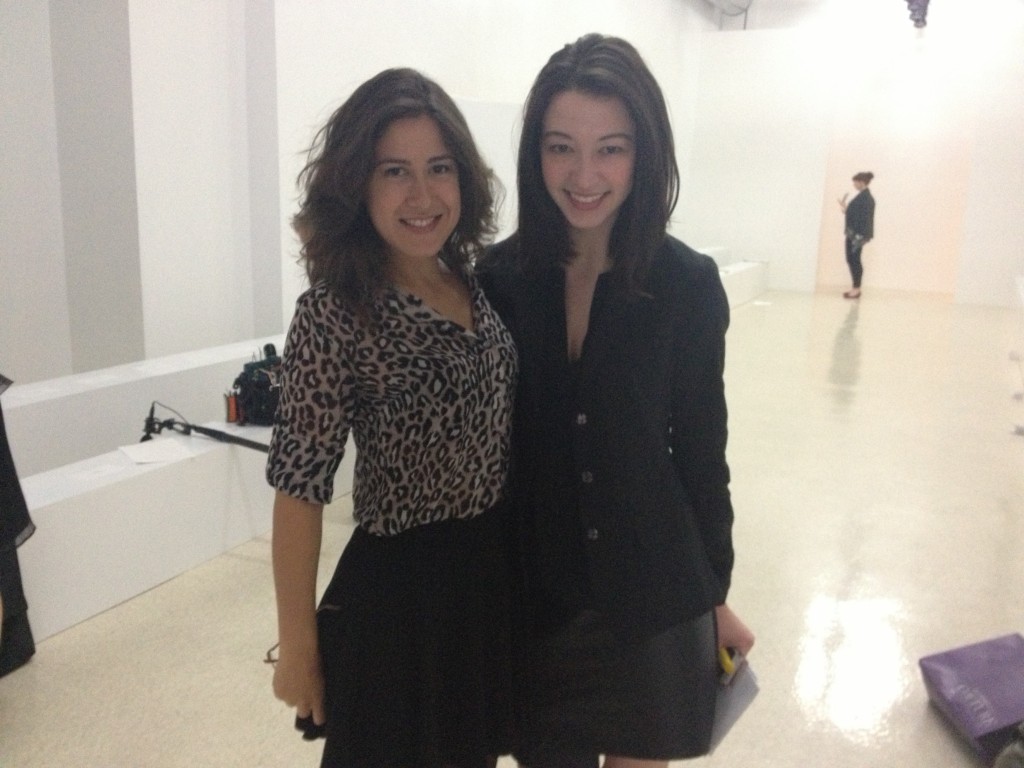 Before the show began, it was great to catch up with Heather, former fashion editor atÂ The Knot, who is now heading Amsaleâ€™s PR department. 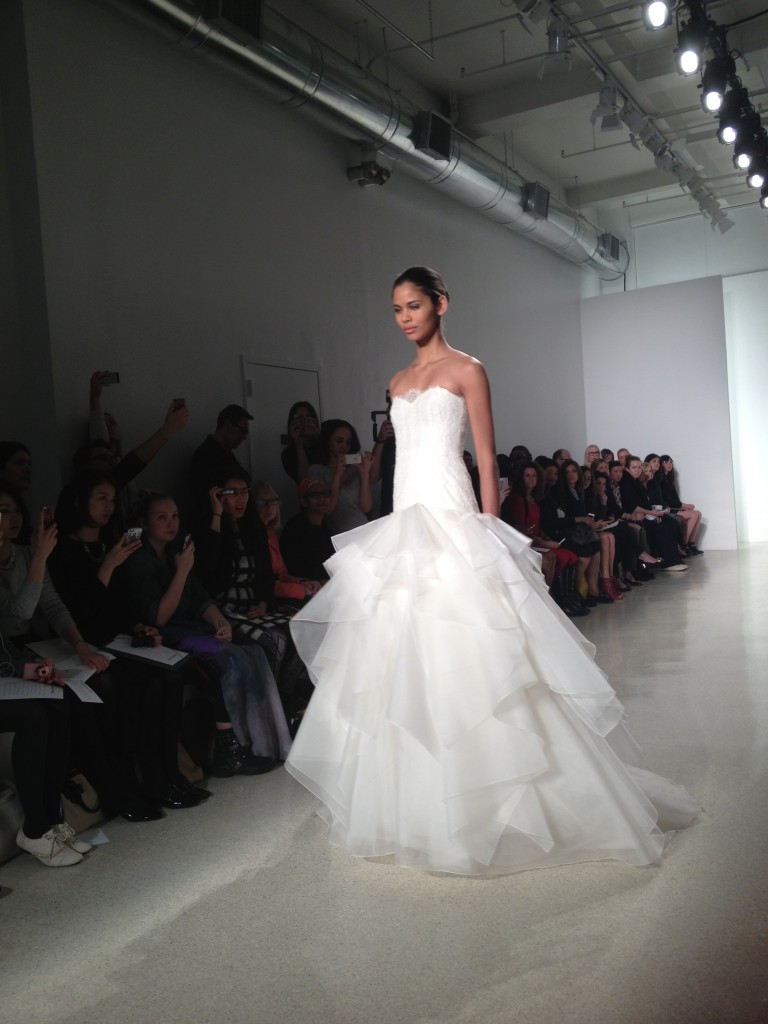 Open backs and dramatic skirts in both lines caught a lot of attention from editors.Â Also in attendance was a representative from Google, who asked Naima DiFranco, Fashion and Beauty Editor atÂ Bridal Guide, to snap some pictures of the runway using Google Glass. 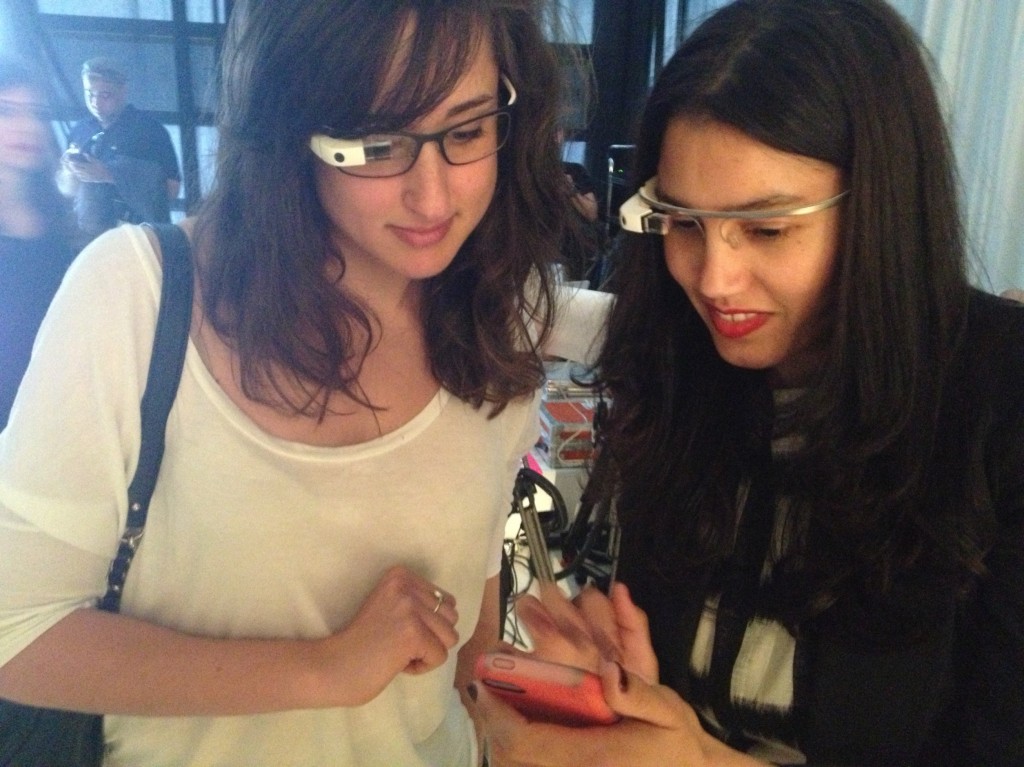 The rest of the audience snapped photos and videos on their smart phones. With about 50 people in attendance, most of them editors with a few major stores cropped in, Amsaleâ€™s show are the middle of the road in terms of size. Most of the shows tend to be a little smaller, but some â€“ like Monique Lhullier â€“ can get over 100 attendees. 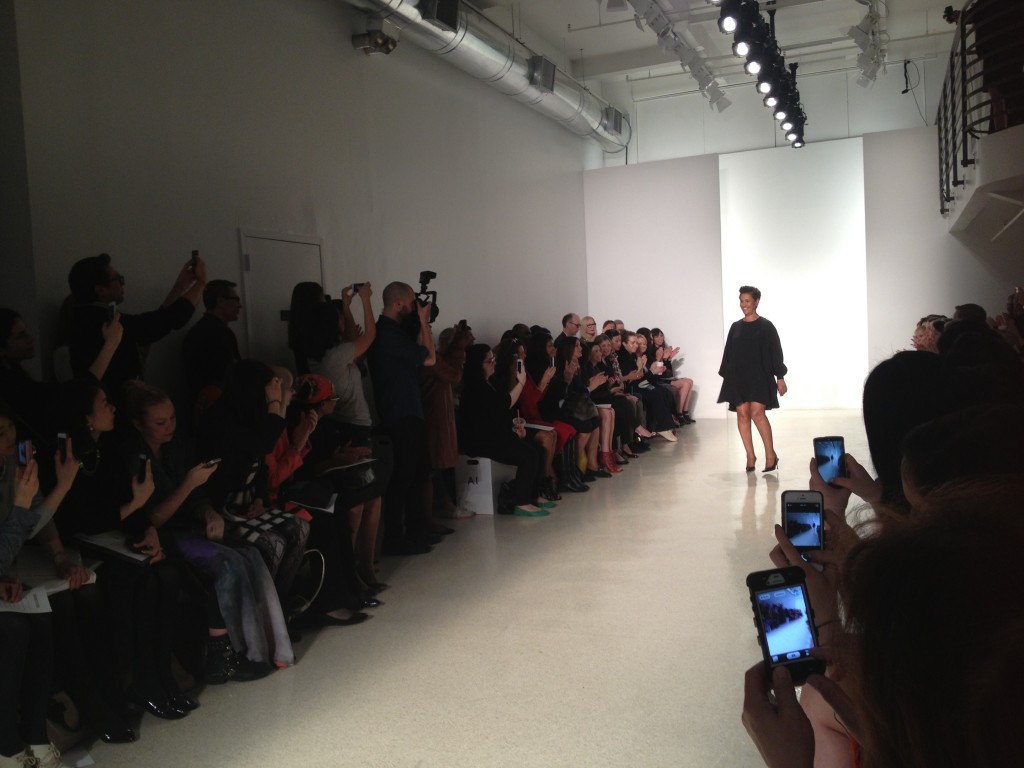 While major American TV networks donâ€™t cover Bridal Fashion Week, some industry publications as well as foreign journalists use the opportunity to interview the designers after the show. 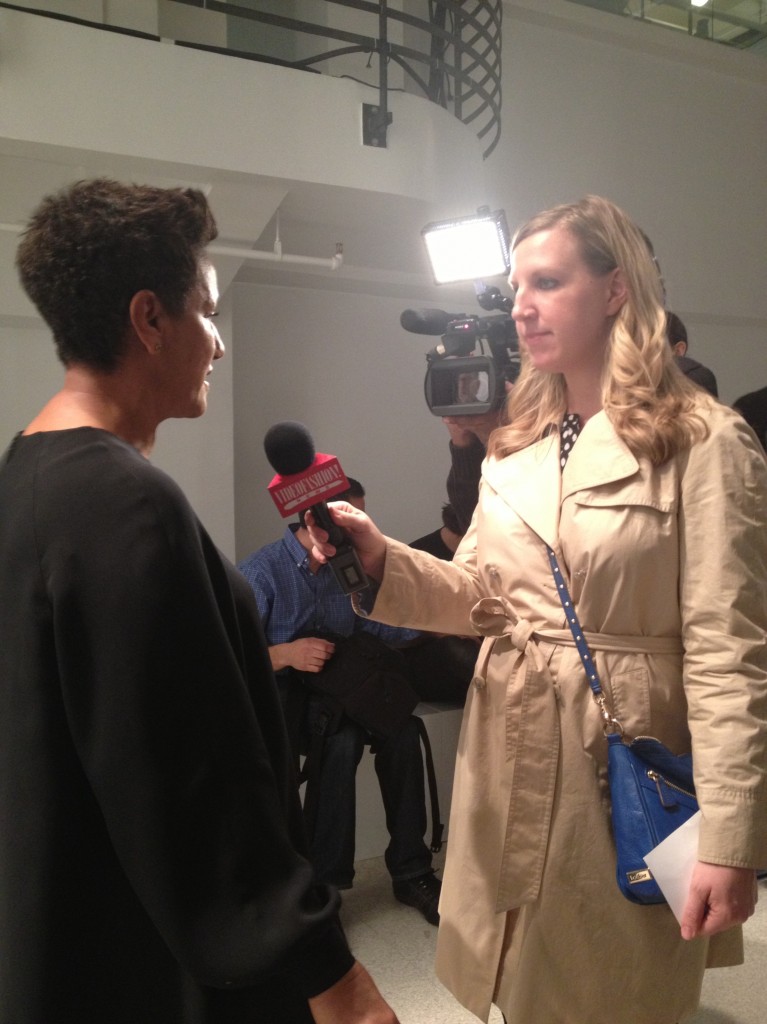