Wedding dress designerÂ Della GiovannaÂ is known for pushing the envelope and delivering original, eye-catching looks – and the debut of her new 2015 collection this past week in New York was just as cutting edge. With such aÂ dynamic collection consisting of 16Â beautifully diverse pieces it’s no wonder the show received such rave reviews. Â Here are just a few of the looks that completely “wowed” the audience during the show. 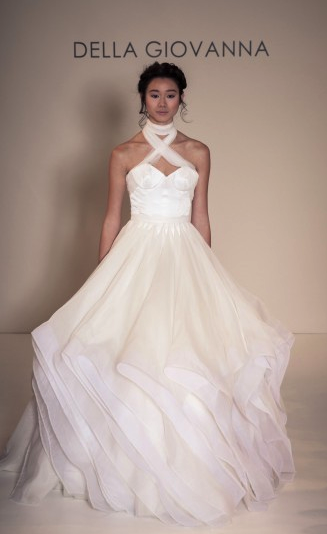 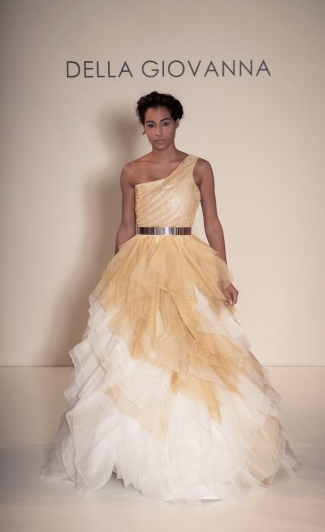 Not only were the dress designs flawless, but they were also accessorized beautifully with rings byÂ Yael Designs. These accessoriesÂ gave the models just the right amount of sparkle as they made their way down the catwalk. 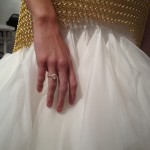 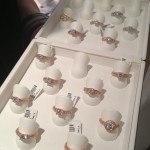 As the night drew to a close the designer, Michelle Della Giovanna, could be seen striking a poseÂ with her models as cameras captured the moment. 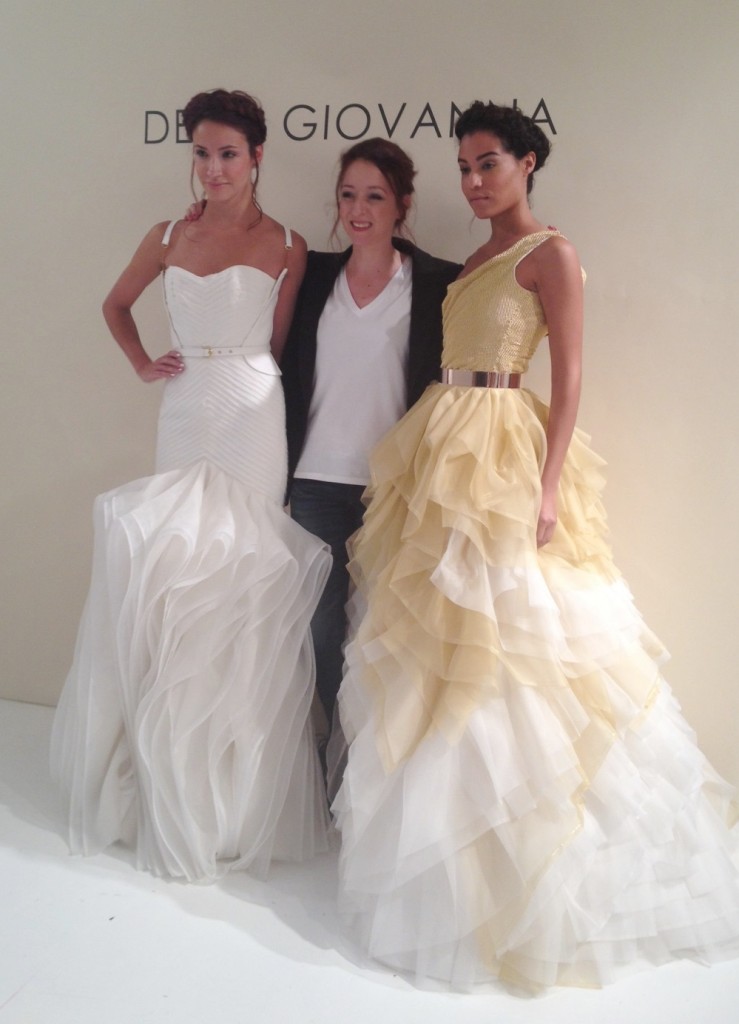 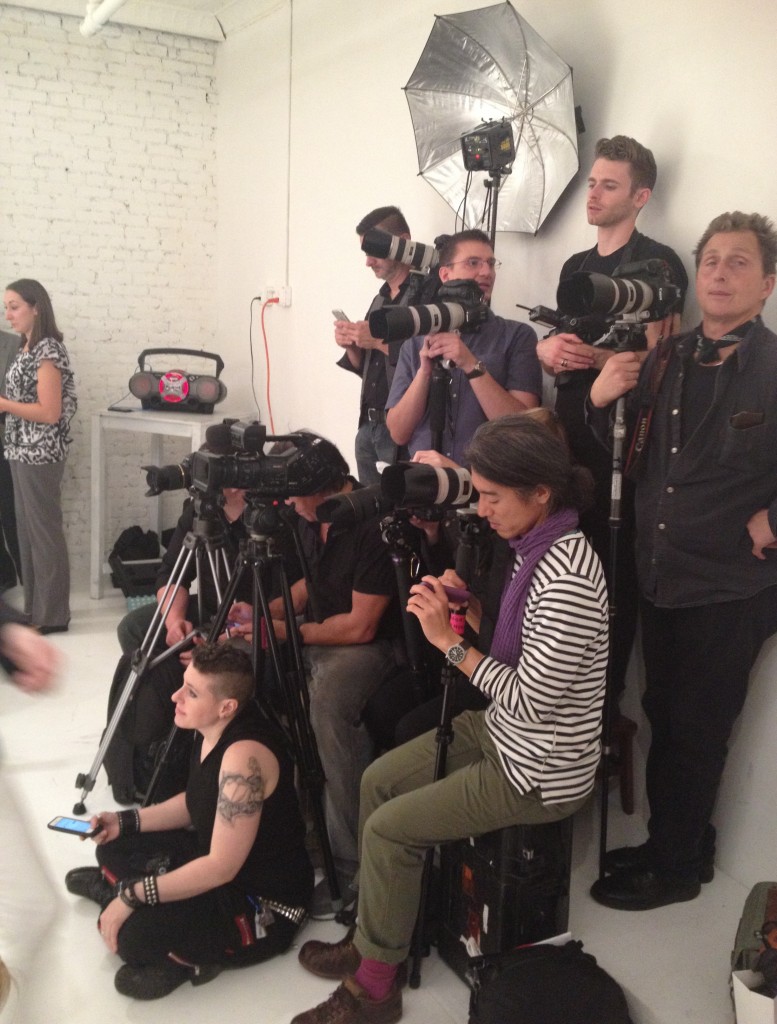 After such an amazing show here’s what some of the press had to say: 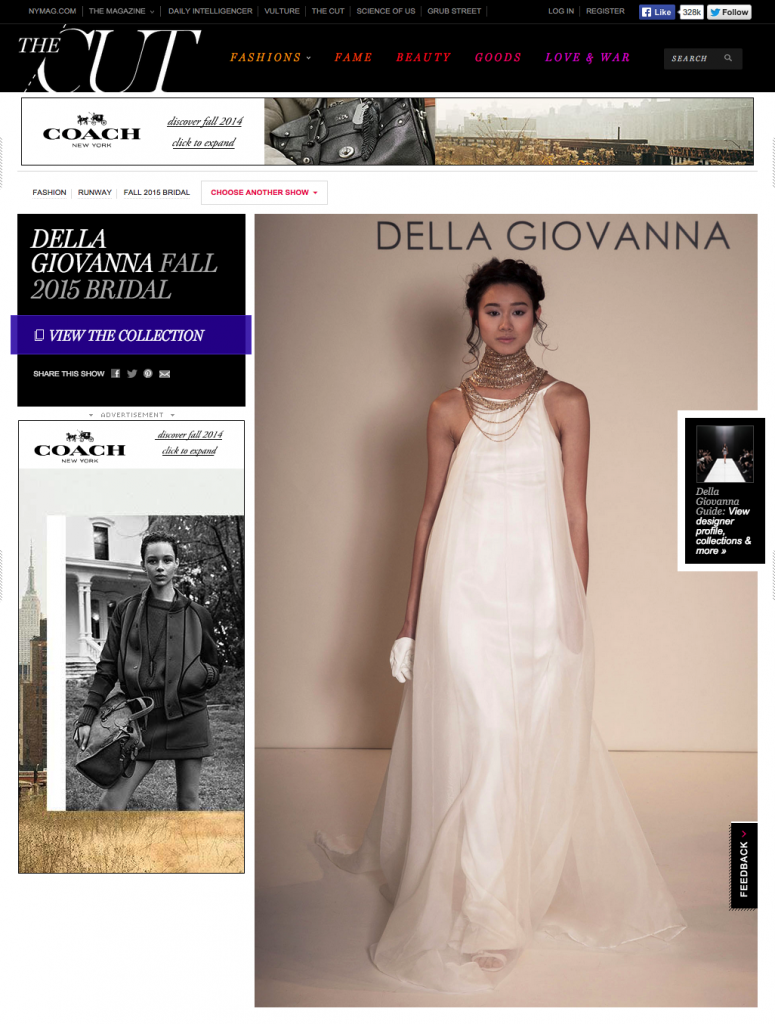 Martha Stewart WeddingsÂ also felt they needed to share such innovative designs with their readers, and highlighted the looks in their gown gallery. 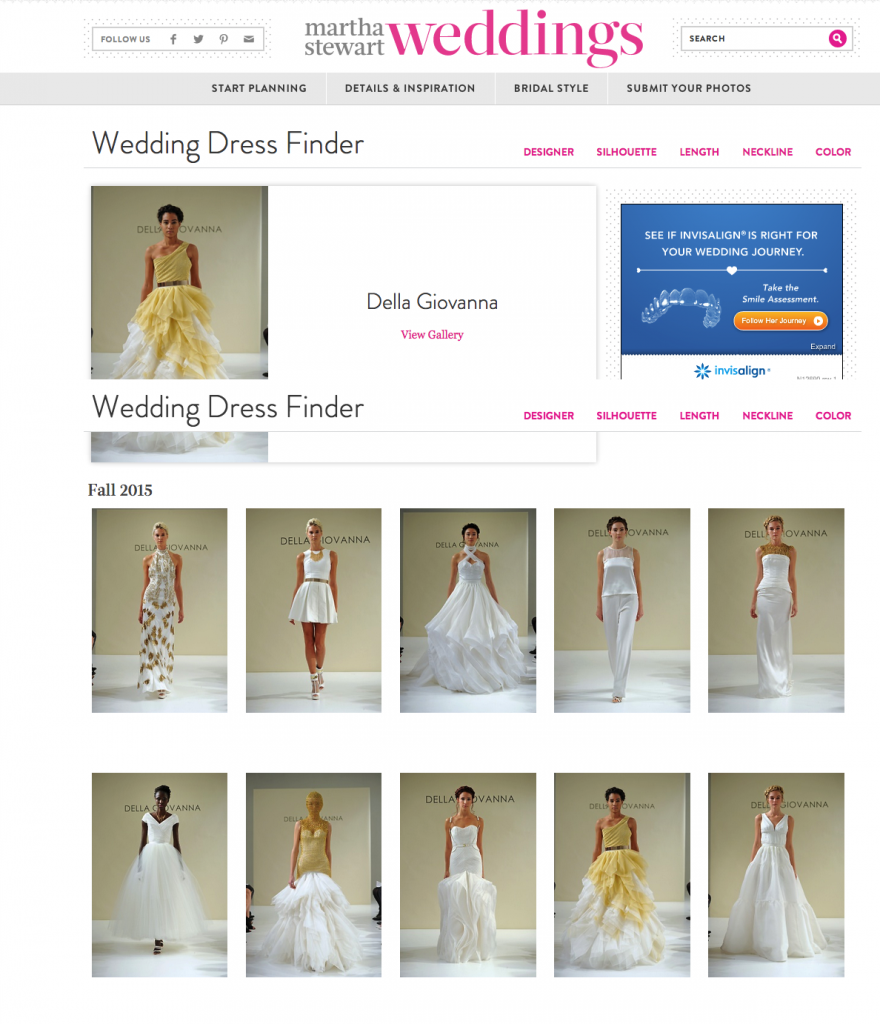 BridesÂ couldn’t wait to jump on the band wagon and promote theÂ 2015 collection “inspired by the intricate art of medieval armor.” 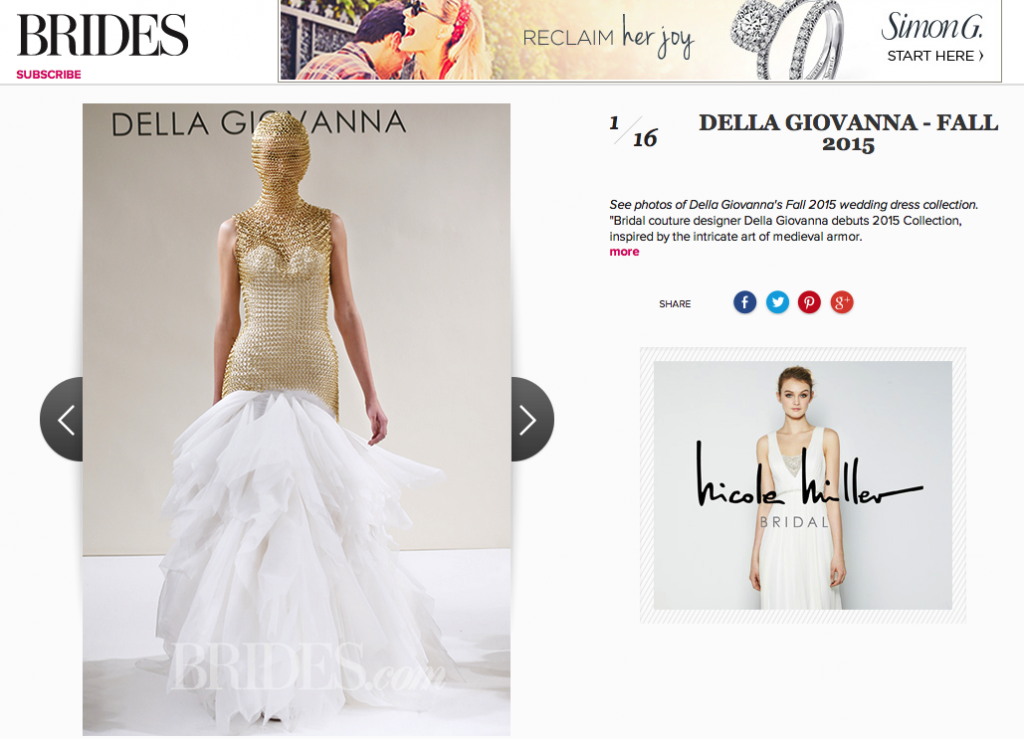 Congratulations Della Giovanna on such a breathtakingÂ collection debut!