In its annual Fall incarnation, New York Bridal Market is the most exciting time of the year for the bridal industry. With everyoneÂ in town from all over the country, it seems like it’s one big networking party where you can meet the peopleÂ behind exciting brands face to face, where breaking news and latest industry gossip travels like fire, and whereÂ deals are made easily over a drink.

It is the wedding industry’s main event, so we encourage all of our clients to attend and participate. This year, we worked with our newest client HoneyBookÂ on partnering up with ISS MagazineÂ to organize a bigÂ Bridal Market industry party. The event attracted planners and vendors from New York and beyond and it was great to see several of ourÂ clients also inÂ attendance. 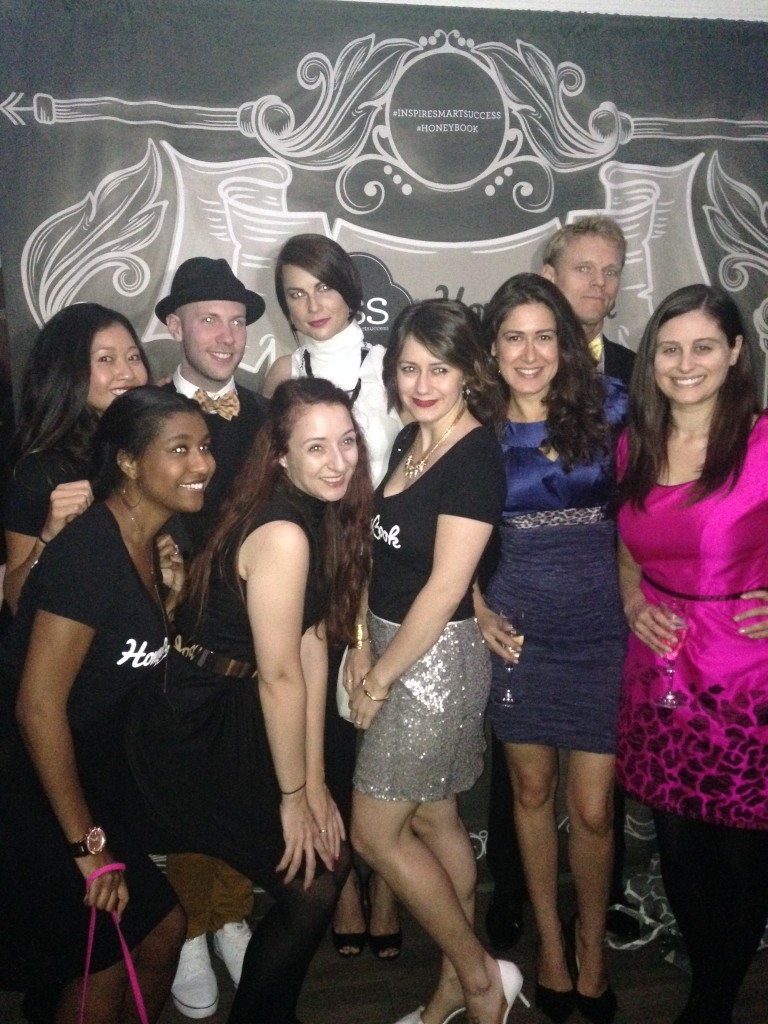 But one manÂ definitely stole the show that night! Hendrik, the founder of Bows ‘N Ties, flew in from San Francisco to bring its first Bow Tie Bar to New York City.Â With the help of the tall, dark and handsome model Daniel, guests learned how to properly tie a bow tie – a skill that many planners can use for wedding day emergencies. 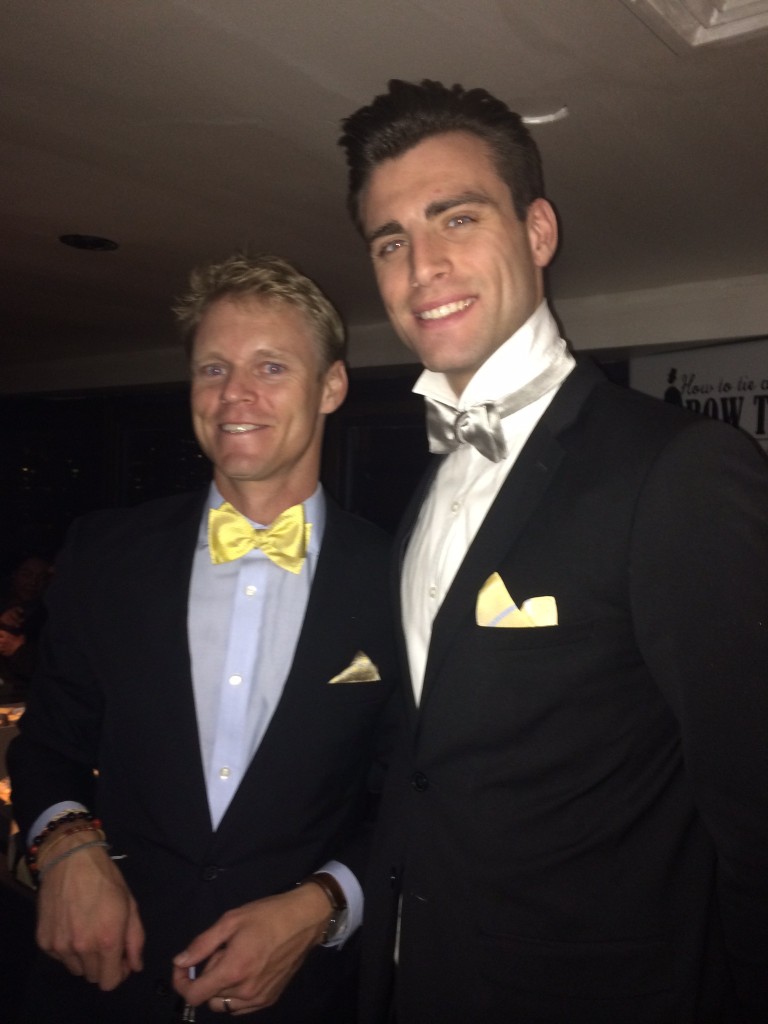 To stay on top of the bridal fashion trends, weÂ attended a lot of runway showsÂ and especially enjoyed the voracity of theÂ new wave of design talent that seems to be pushing the bridal fashion industry towards a more edgy future. After hosting the show for our own edgy designer Della Giovanna, we checked out another unusual newcomer Houghton. The show’sÂ loud hip hop beats, champagne bar, and an openÂ presentation format were the perfect background for the loose, informal collection with elements of light sky blue of the designer Katharine Polk. 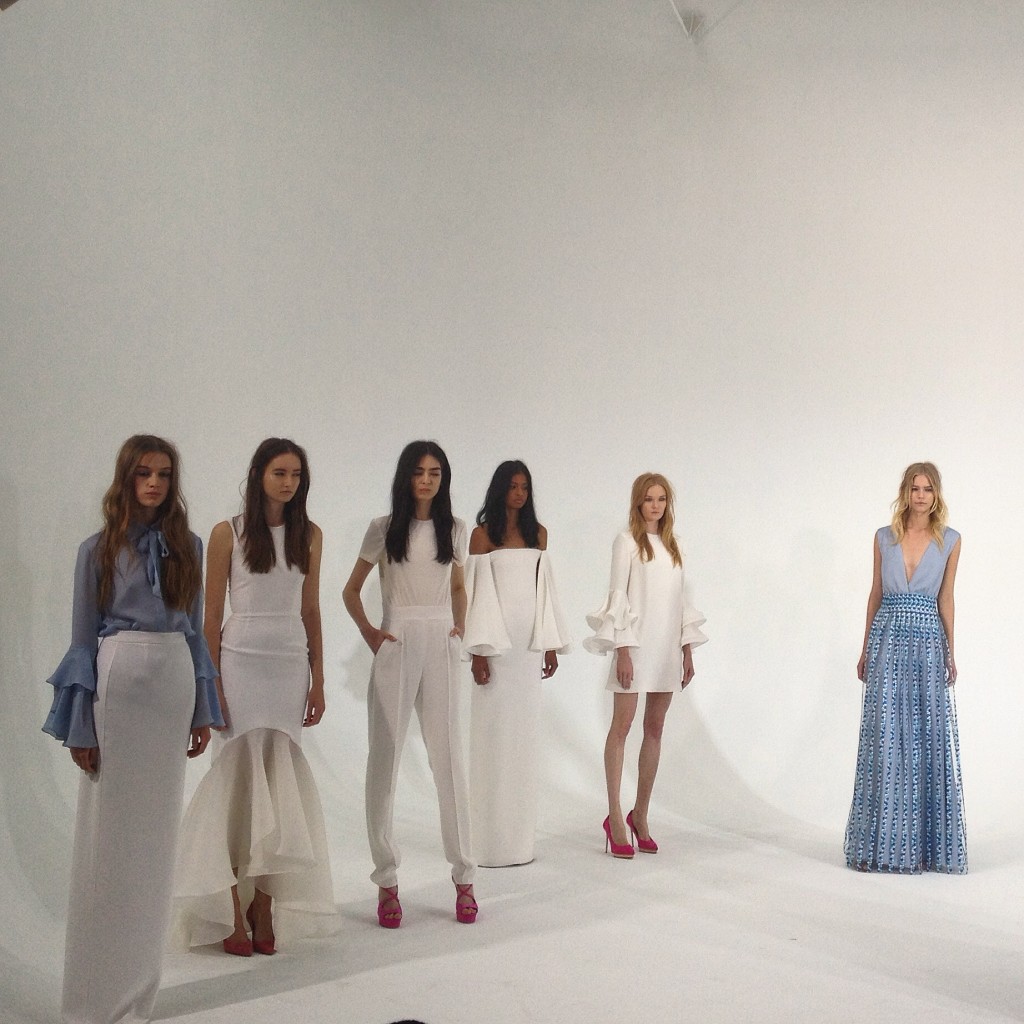 Kelly Faetanini delighted us with the ephemeral elegance of her newest collection – now in its third year. 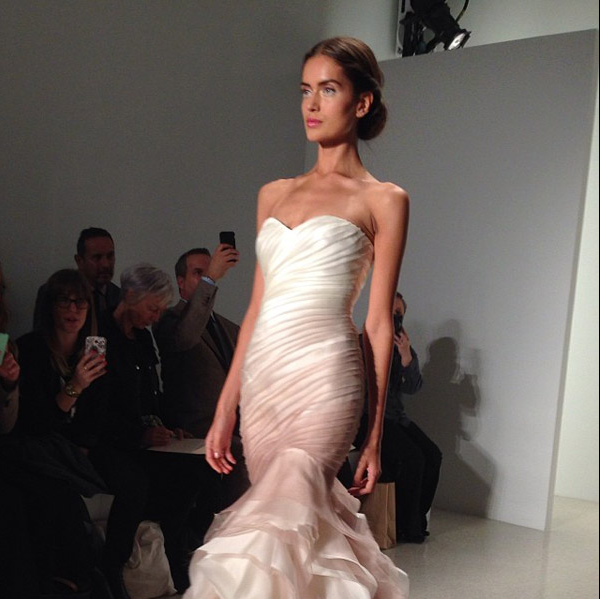 Isabelle Armstrong was another newcomer whoÂ packed the house, although this 2-year-old brand showcases more traditional, grand ballroom elegance. I thought the groom leading the bride for the final look was a nice touch: 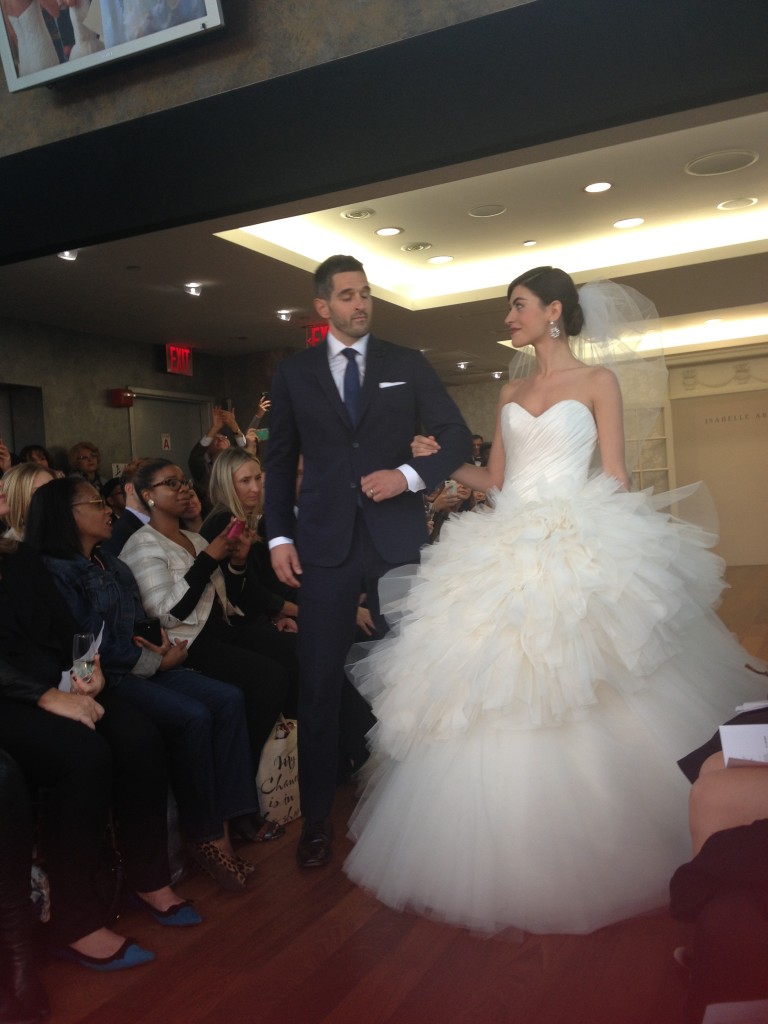 We were invited to a breakfast hosted by Group 868, a showroom that represents several international designers, including Italian designer Elisabetta Polignano andÂ Colombian designerÂ Francesca Miranda, who we met in person: 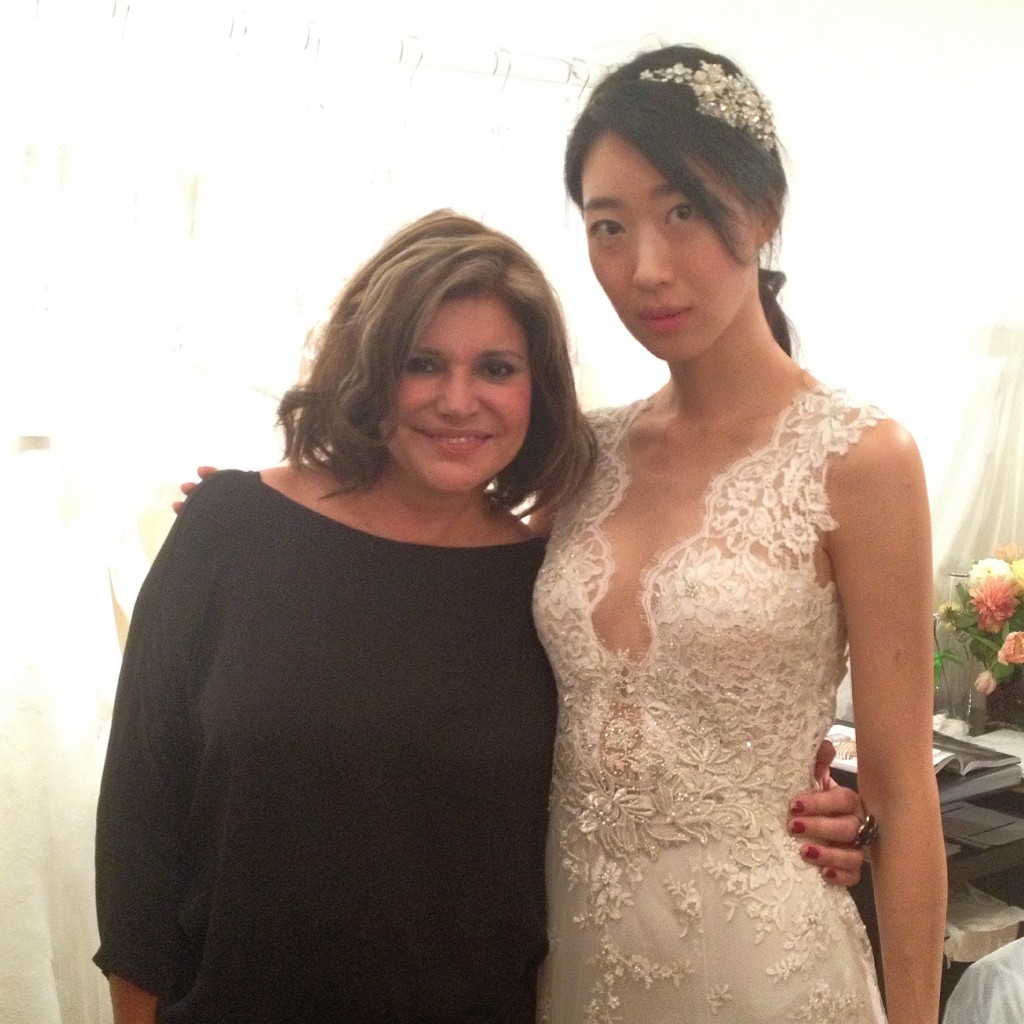 I also attended the group show by JLM, whichÂ included the polarÂ visions byÂ Lazaro and Hayley Paige, and went toÂ see the new collections by Amsale, who this year showed at a new, much bigger location accommodating a full crowd of press and fans. 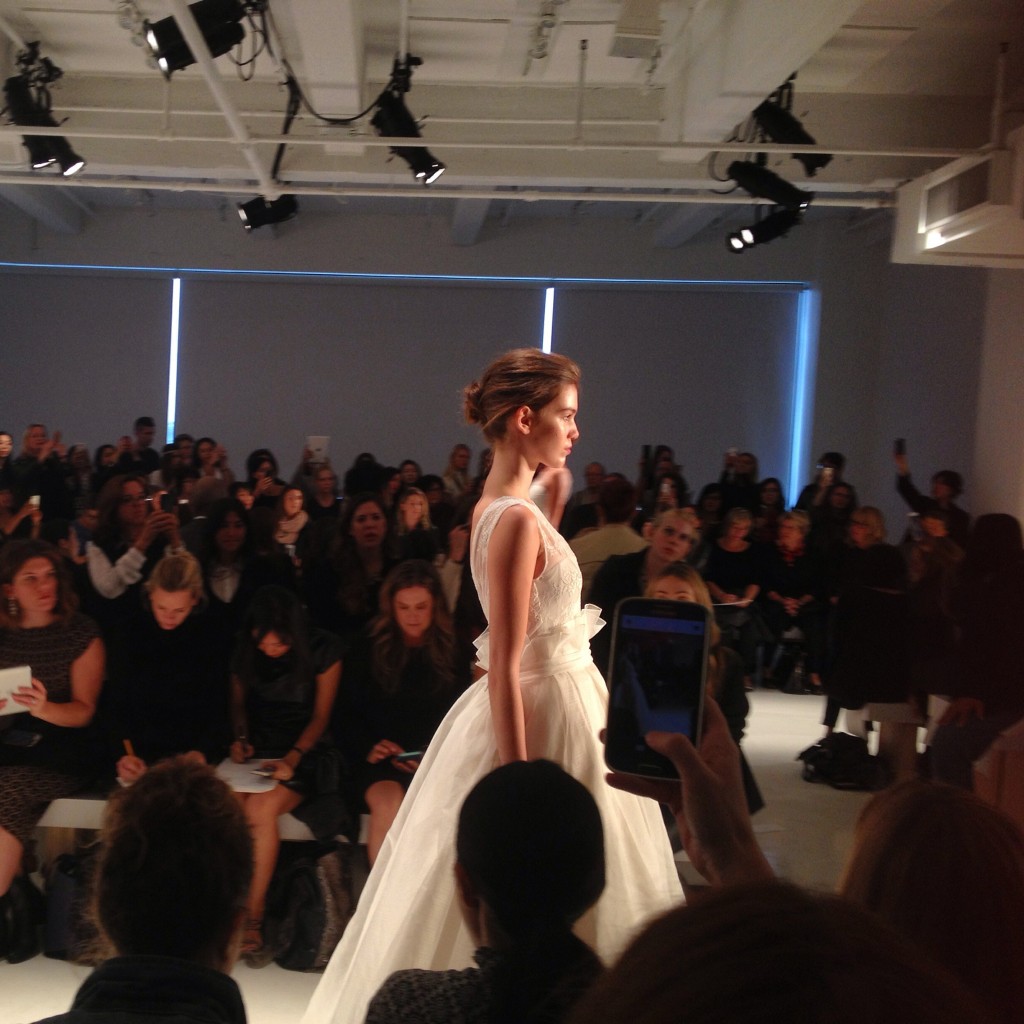 The week of shows and meetings was crowned by two big events – Martha Stewart Weddings‘ 20th Anniversary Party and the annual Bridal Market party hosted by The Knot. We started off wearing platinum to the renowned Pierre Hotel where Martha Stewart’s big anniversary bash was held: 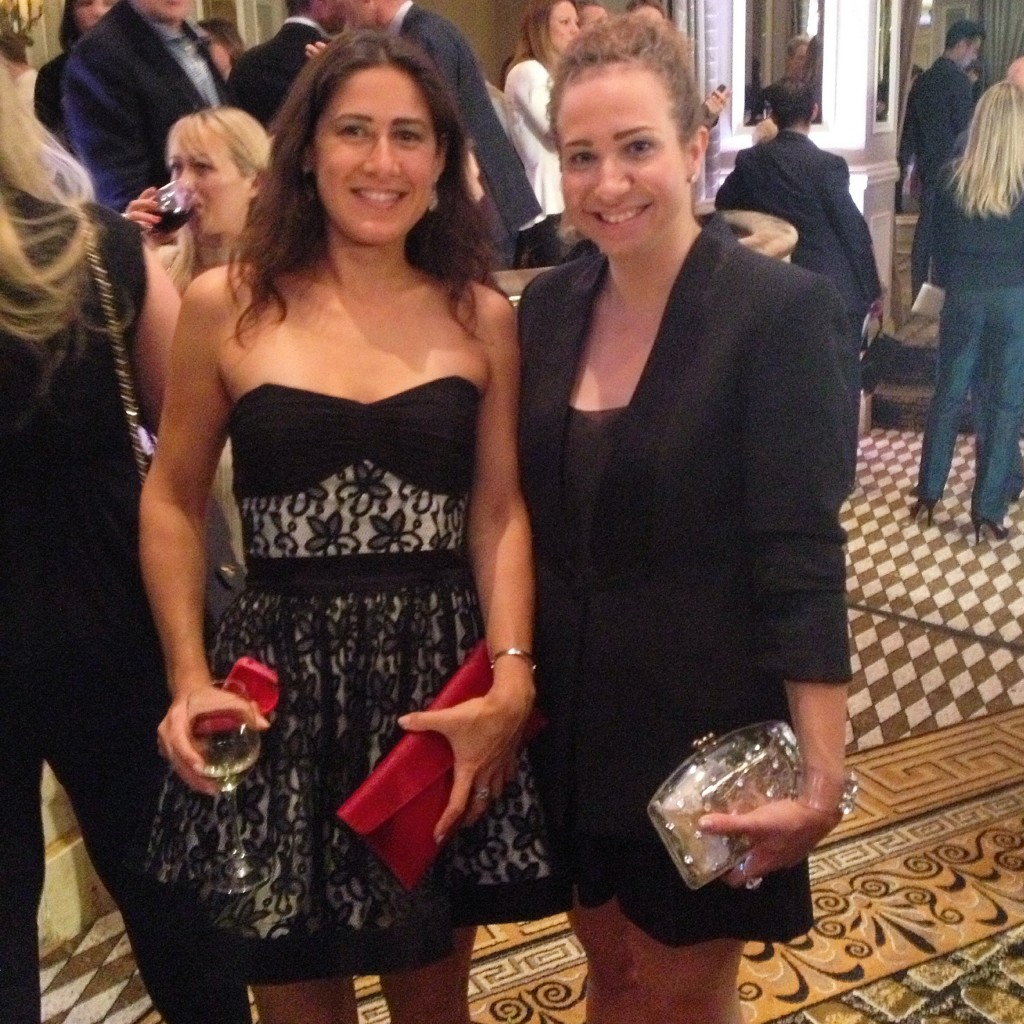 Then, despite the heavy rain outside, we headed off to New York Public Library where The Knot’s celebration was already in full swing: 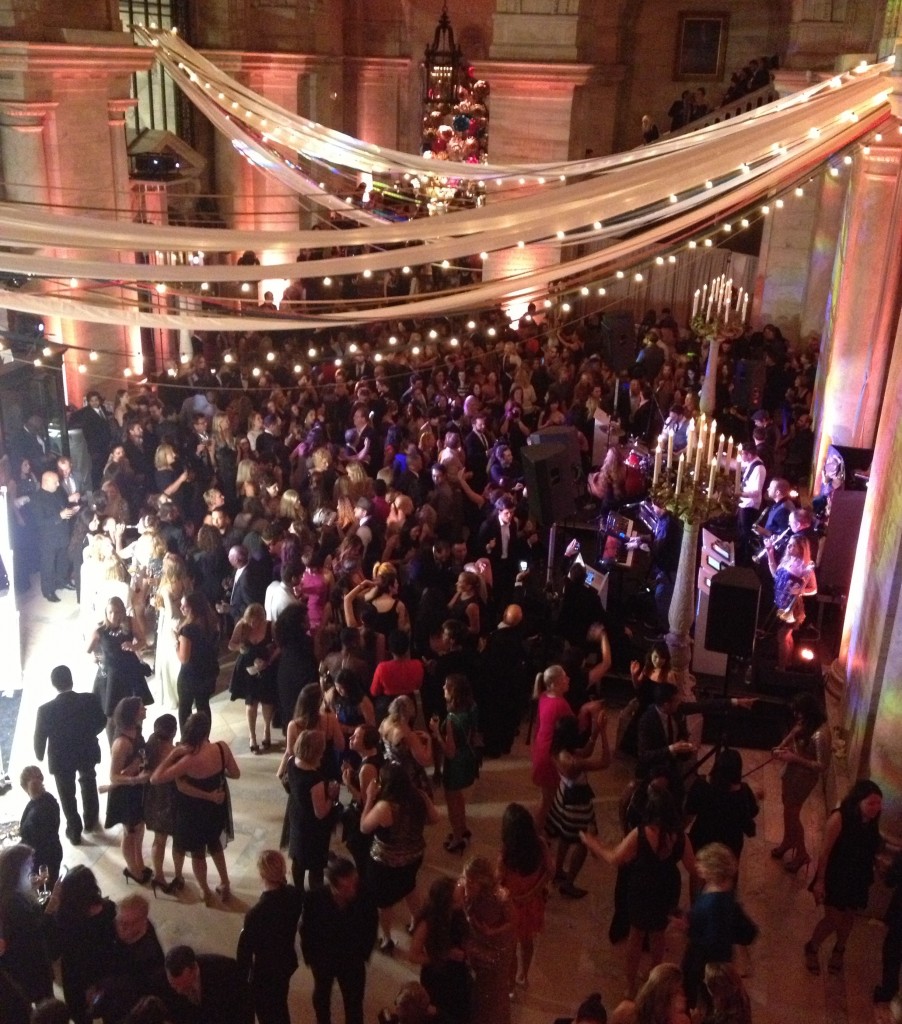 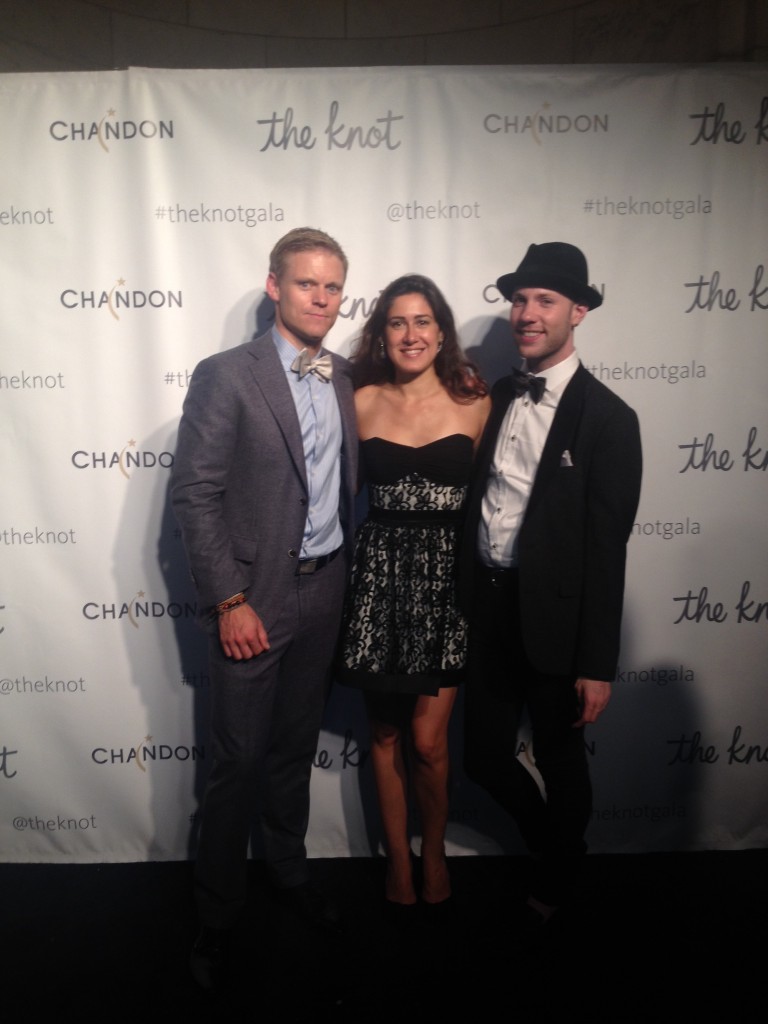 New York’s Bridal Market was both extremely fun and extremely exhausting, though I can’t even imagine how all ourÂ editor friends feel as they often have to attend up to a dozen shows every day and then write about them, often within hours! As for me, I feel like I’m still recovering.

See you in April,