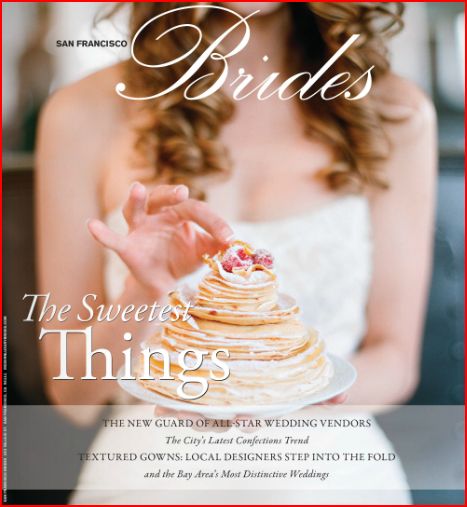 If you’re a loyal follower, you’ll notice the paper in the magazine feels and looks different than usual. Editor in chief Robin Wilkey told me, “The new stock is thicker with a bit more tooth. The goal is to make the colors pop and the book thicker.”

For me, the highlights of this issue include the local fashion shoot “Making Waves” shot in the San Francisco Maritime National Historical Park and featuring wedding gowns by local designers Jinza Couture Bridal and the quickly rising star Amy Kuschel. 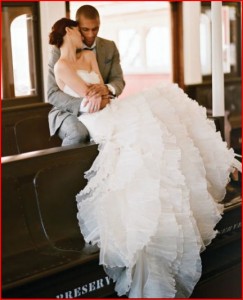 My one regret is that all the jewelry in the shoot is provided by advertisers, manyÂ of them national brands,Â instead of local designers. As a former full-time newspaper reporter, I understand that the money for magazines has to come from somewhere and that jewelers are often it, but I also think we in San Francisco have a reputation for local talent to uphold.

When I was talking to national jewelry editors at a trade show in Las Vegas last month, they said San Francisco is not exactly known for its jewelry designers. But I assure you, we have plenty of amazing local talent.

I have nothing againstÂ giants like Tiffany & Co, but just asÂ brides are starting toÂ embrace local gown designers, I think many of themÂ would love to know more about their local jewelry artists.

One of the reasons I was very excited to finally see this issue was because of its real weddings. Not only are they a fun read, but this timeÂ the editors included an incredibleÂ real wedding photographed by Choco Studio.

But thatÂ willÂ have toÂ wait till my nextÂ post 🙂