The Peninsula New York Turned 25 and We Got to Go!

This week, I got to go to accompany our wedding music client Michael Taylor, CEO of Star Talent Inc., to The Peninsula New York’s  25th Anniversary Celebration. This was one heck of a party – with caviar, champagne, 5 different bands, a dance performance over a pool and a slew of celebrities to spot! And since The Peninsula is one of New York’s premier 5-star wedding venues, I got to meet several prominent wedding vendors as well. 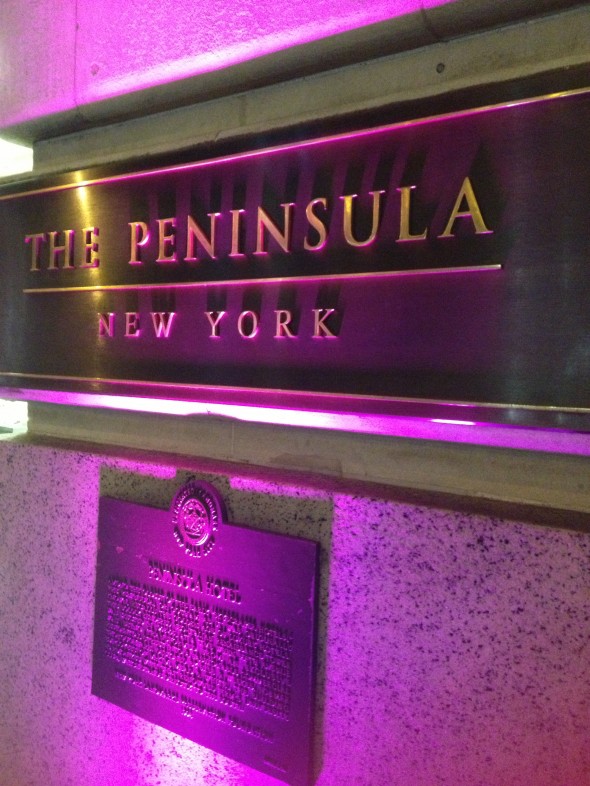 As I arrived, I was greeted by this Chinese dragon that immediately put me in the mood to party – after all, The Peninsula is a Chinese company that was first founded in Hong Kong more than 80 years ago: 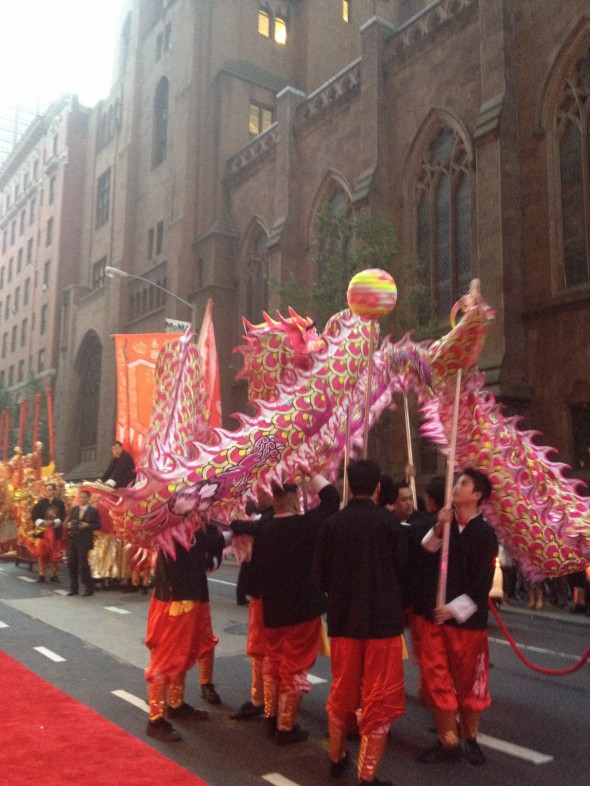 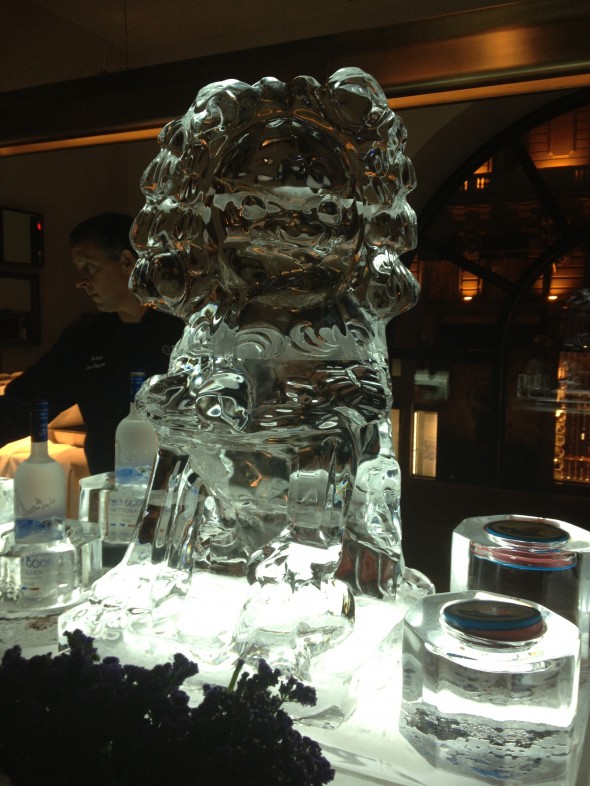 The party began in the hotel lobby, which was converted into a bar. And to showcase the newly opened restaurant, Clement, they had the Chef de Cuisine Brandon Kida’s regionally inspired seasonal dishes and desserts.

Of course, given that I’m Russian, I went straight for the Petrossian caviar bar… Yum!! 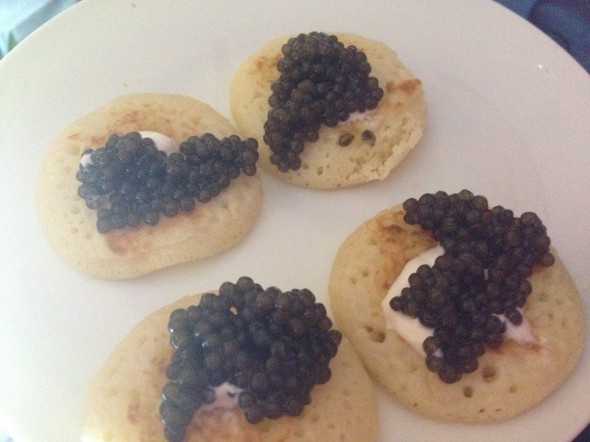 While one party raged in the hotel lobby, another two were simultaneously taking place on the hotel’s rooftop terrace. Salon de Ning, which is normally an open terrace, was tented to create an intimate retro lounge with Asian specialties including sushi and dim sum and featuring Prohibition-era music and dancing. 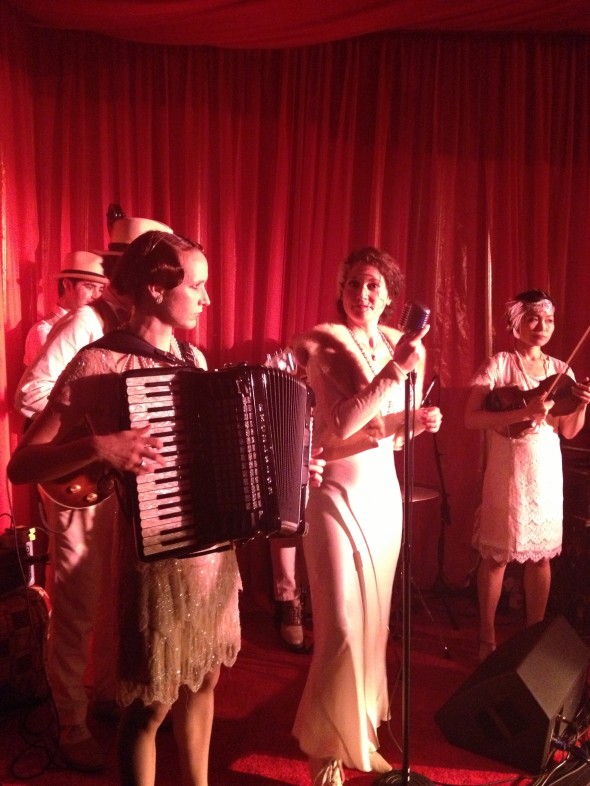 Meanwhile, The Sun Terrance, a wrap-around balcony with amazing views that can accommodate smaller weddings, featured Latin music with a lively Cuban-inspired cocktail bar. The Peninsula even transformed its pool on the 21st floor by covering it and turning it into a dance floor! Since the hotel doesn’t have a ballroom, I think they should keep the dance floor as an option for weddings in the future.

Speaking of weddings… I met some amazing wedding vendors at the party, including prominent New York wedding photographer David Hechler, Annie Lee, a great wedding designer with Daughter of Design and David Beahm who created this amazing flower obelisk: 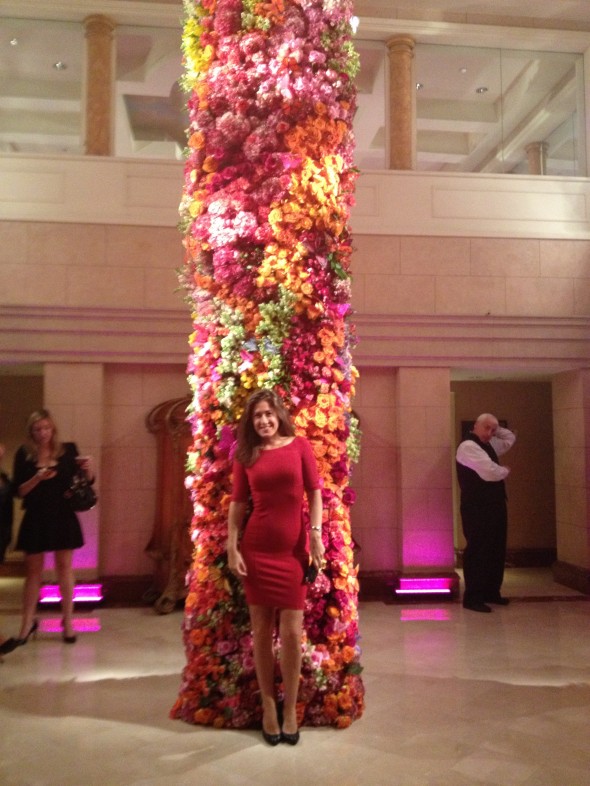 In addition to the beautiful décor and delicious treats, I spotted a few celebs: fashion icon Oscar De La Renta, tennis player John McEnroe and the gorgeous Naomi Campbell. I even rode the elevator with Greyton Carter, the publisher of Vanity Fair!

I certainly couldn’t complain. Especially when upon exiting I was greeted with this dessert display: 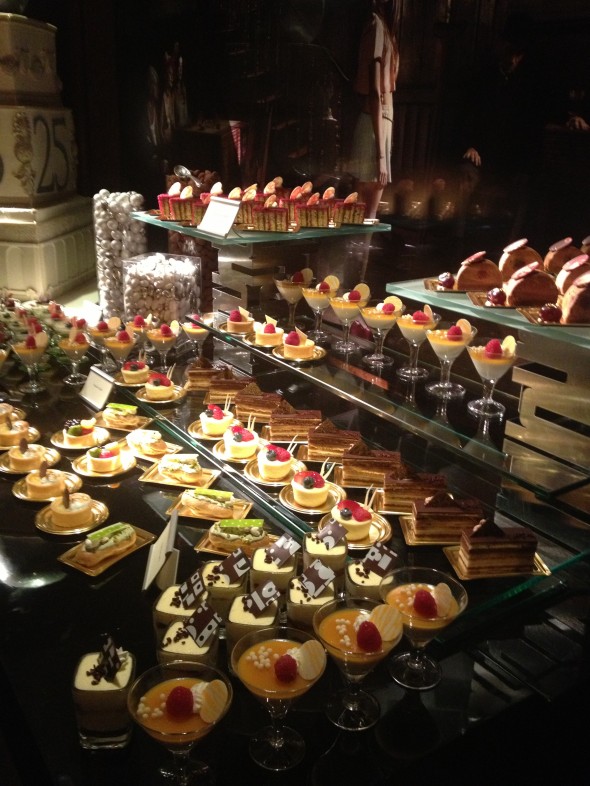 The Peninsula New York sure knows how to throw one heck of a party. And I’m one lucky girl who gets to go.

The Peninsula New York Turned 25 and We Got to Go!

Bridal Fun Back in the Bay